The second last weekend of October see’s U15 regional basketball regional teams converge on a central venue for both boys and girls to compete in the annual Basketball Ireland Post-Primary Schools (BIPPS) Tom Collins Inter-regional tournament. This year, as for the past number of years, the venue was UL Arena on Irelands Sports Campus in the University of Limerick (UL) over the weekend of 18th to 20th October.

The North West BIPPS region covers schools from counties Donegal, Sligo, Leitrim & Mayo. Preparations for this year’s tournament started back in May with a number of trials being held and continuing throughout the summer months with practice sessions and challenge games held between Sligo & Donegal Town as well as a trip to Galway to play the West team. The final squad was selected at the beginning of August and practice intensified.

Friday the 18th was a day off for the North West boys so a light session was held in UL Arena. With an early start to the day on Saturday our first opponents was the team from the South, who have been strong opposition over the years. The North West boys got off to an explosive start in the first quarter and took an early lead and maintained the intensity to the end going in at the end of Q1 nine points the better.

Q2 saw a determined South side fighting back clocking up 14 points against the North West on 8 points. The second half went the way of the North West with execution of their playbook to perfection and accurate shooting. Unlike the South boys the North West showed great discipline in defense and managed to keep out of foul trouble. The game finished up the North West taking the spoils coming out on top 42 points to 35 and claiming their first pool games win.

Game two was to be more challenging taking on the highly favoured West team- winners of last year’s tournament and went on to win this year’s Tom Collins Cup. Both teams started strong and Q1 was nip and tuck with only 4 points separating them to the benefit of the West. Q2 was a slightly different story for the North West. An explosive performance from Tony Exeonu from the West punished missed shots from the North West and his speed and accuracy at the other end damaged the close score-line at the end of the first. The North West suffered from some minor injuries whish saw changes being made to the set-up. Half time saw the West increase the lead to 9, 28 to 19.

The second half went all the way for the Westerners with pinpoint accuracy in the front court as well as very strong defensive performances. The injury woes also continued for the North West and the rotation of players due to this didn’t help the team’s momentum. The West emerged victors 52 points to 32.

Our third and last pool game was a crucial game and was a must win in order to reach the semi final of the cup. Opposition for this was the team from the South East. The game got off to a slow and shaky start for the North West boys requiring an early time-out. Back to the court the boys regained their composure and went in 4 points up.

Q 2 saw the North West increase their lead to eight points by the end, helped with some fine shooting from Walshe clocking up 8 points himself. Strong defence on the other side added crucially to this and the fast break worked a dream. The second half saw this momentum continue and the lead increased, helped with effective linkup between Walshe and Smith in the front court and very impressive defence play from Martin, Graham and Quinn. The North West came out of battle and their second pool game win and booked a place in the cup semi-final on a score-line of 52 to 37.

Sunday morning saw us go into battle in the semi-final against the team from the East. The East had impressive wins in their pool games having come out as top of their pool wining all three games. The first half got off to a slow start for the North West with the East pulling away early knocking up 8 points without reply and the team started clocking up team fouls early. Not helped by loosing Prenderville early in Q1 from injury and another from reaching five fouls.

Q2 continued as the first and a lack of accuracy going to the hoop and lack of offensive rebounds started to hurt the North West. Half time saw the East up by 12, 39 to 27.

Q3 did not go well for the North West and they fell flat in what was a very fast and intense quarter only managing to increase their score by 6 points while the East picked up another 15.

Q4 saw a surge from the boys from the North West managing to contain the East in their front court to 10 points and increasing their count by 14. In the end the East proved too strong and emerged to go into the final against the West on a score of 65 to 47, and the North West having to settle for the bronze medal out of all eight regions in the country. An impressive achievement for this team of 15 young men, and the highest finish for a team from the North West for a number of years.

Well done to the u18 girls and their coaches Ian and Teresa on their participation in the pre season tournament in Killester, Dublin. The girls had a great win in their first game against Liffey Celtics. They had narrow defeats in their next two games against DCU and Portlaoise Panthers. The girls showed great teamwork and skills in their first run out of the season. We look forward to seeing what is in store for them in the upcoming season. The day proved very enjoyable for supporters and players. We would like to extend our sincere gratitude to Killester Basketball Club for their hospitality and for hosting this tournament for such a great cause. Maith sibh uilig.

Annual Awards Night will be held in the Silver Tassie Hotel on Sunday, 5th May 2019. Tickets will be available in the throughout April.

Collect all the unwanted/unused clothes, shoes, etc in your house and bag it up. Black bags will suffice. We will be collecting on Saturday 30th March and it will be used to fundraise to help the club meet its ongoing financial needs.

We have been allocated a  Bag Pack on Friday 21st December in the new Dunnes Stores.  We are asking for your help to encourage friends and family to support this pack and also there are some slots still available needing our players’ parents to help out.   It’s everyone’s responsibility to lend a hand. 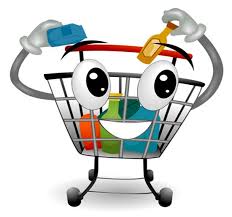 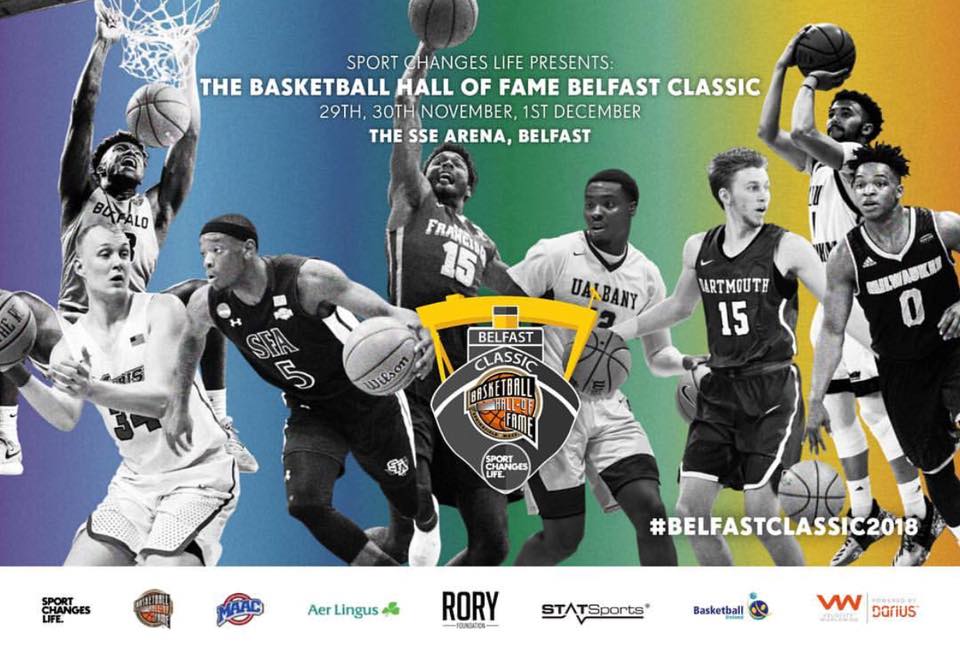 The Countdown to The Basketball Hall of Fame – Belfast Classic 2018 has begun.

Letterkenny Blaze is planning a Club Trip to this great event on Saturday 1st December to watch the Championship Game and Consolation Game (Finals).  Eight teams from universities in the US are competing and will bring all the razzmatazz of US Basketball – ie cheerleaders, bands.  CBS Sports will be broadcasting into thousands of homes across America.

Tickets are €10 each for members and accompanying parents. This includes bus and entry fee to the 2 games scheduled for Saturday 1st December.  Please note that the club is subsidising the cost of this trip.

Members from the U-12 age group up to and including the U-19 age group are invited.         PLEASE NOTE – ANY MEMBER IN THE U12 AGE GROUP (BORN IN 2007 & 2008) WISHING TO GO, MUST BE ACCOMPANIED BY A RESPONSIBLE ADULT ON THE DAY. THE ACCOMPANYING ADULT WILL BE EXPECTED TO TRAVEL IN THE CLUB BUS IF CHILD TRAVELLING IN BUS.

There will be 2 buses leaving the Loreto Convent at 10 am sharp and returning at 9 pm (ETA).     DON’T DELAY – CONTACT YOUR COACH TO BOOK YOUR SPOT